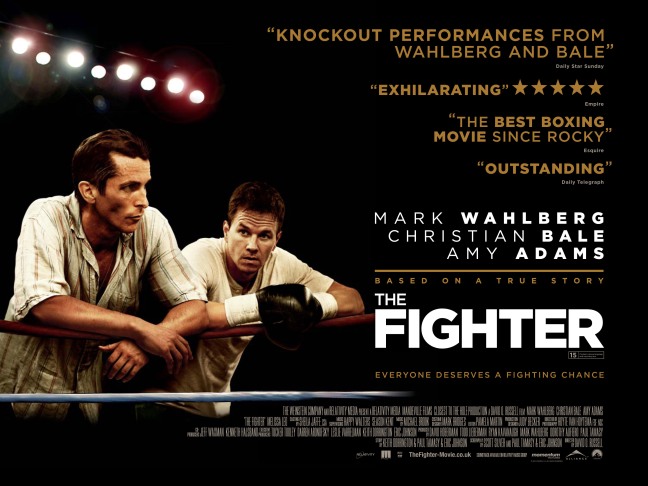 Recently I took a reprieve from my usual lineup of Schwarzenegger films and Seinfeld reruns to view a movie that I’d slotted on my cinematic hit list years ago but had lacked all conviction to actually sit my ass down and view. That film was 2010’s The Fighter, which stars Mark Wahlberg as a man with a Boston accent and Christian Bale as a person with intense emotional problems and possibly bulimia. Oh, there’s also some boxing in it too, I guess.

I did not love this movie – which apparently puts me in a minority group with less representation than Asian stand-up comedians – but neither did I think it was necessarily bad. I’ll concede it was competently made (until the finale – we’ll get to that), well-acted, and presumably well-written (it can be hard to tell through all that wicked pissa Bostonspeak, yah suh). My immediate problem with The Fighter is that it represents a crossover between two genres that I take greater pains to avoid than personal interactions with the elderly – sports-related movies and dysfunctional family dramas.