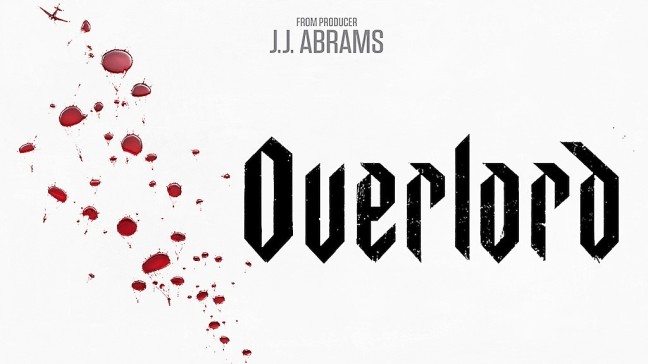 Ahh, the holidays. A season of shared mirth, mutual generosity, brazen consumption, and the intentional counting of one’s blessings. For those who perhaps did not have a particularly #blessed year, the latter can be an especially difficult practice. When I personally looked back on 2018, I was dismayed to see that it was mostly full of anguish and misery… theatrically, I mean. Overall my life was quite nice, because I’m a product of middle-class white privilege that I refuse to check because I have no idea what the hell that means. Anyway, there were some horrible, painful, excruciating, nauseating, and outright boring movies this year – the sort that I love to express my loathing for publicly because it gives me a fleeting shot of self-worth. However, in the spirit of the holidays, I’m now going to talk about a recent film I actually loved, and not just because nobody seems to have heard of it and it’s barely surpassing its production budget…

Overlord (2018, not 1975) chronicles the daring exploits of a team of U.S. paratroopers who drop into a French village on the eve of D-Day (henceforth known as pre-D-Day) in order to destroy an evil German radio tower. Their perfectly routine mission takes a supernatural turn when they uncover a sinister Nazi laboratory operating under the village church – a sinister Nazi laboratory that creates experimental Nazi zombies, the ideal soldiers for the Führer’s Thousand-Year Reich (in case it wasn’t clear, I’m having fun writing this). The end result is something that might have been pitched as Saving Private Ryan meets… well, Call of Duty zombies. We have a timid protagonist who is said to be too gentle to kill a mouse, a consequentialist corporal played by Wyatt Russell who channels all his father’s intensity, a loud-mouthed sniper with a heart of gold, a demented SS captain played by Pilou Asbæk who hints at what Euron Greyjoy could be on Game of Thrones, and a kid who isn’t an insufferable little Jake Lloydian turd. Also, there are a few zombies to deal with (literally a few – more on that below).

By my reckoning, there are two approaches one can take when scripting a movie about World War II soldiers combatting Nazi zombies – the self-referential, tonally irreverent ‘RED’ one that embraces its schlock value and functions as a quasi-comedy, or the straight, gritty ‘Expendables’ one that risks taking itself far too seriously to be much fun for anybody.

Believe it or not, Overlord elects for the serious approach and still manages to be loads of cinematic fun. Granted, it probably helped that I saw it in an actual theater in a real city and not in my hometown’s Theatrical Symposium for Degenerate Fancies, which apparently thought it would be a neat publicity stunt to host an event known as The Nutcracker on All Four Screens.

To be fair, I have a natural predilection for zombie fiction that compels me to forgive even its weakest offerings – most of the time, anyway. I read “The Zombie Survival Guide” back in the day, in the corner of an HMV outlet before returning it to the shelf unpurchased and frolicking into the nearest Le Chateau (this was before HMV somehow went out of business). I play Left 4 Dead and Left 2 Dead 4 semi-regularly with my mates and occasionally even make it to the safe room – that is to say, I’m occasionally permitted in the safe room.

Train to Busan is a noteworthy gem that’s currently streaming on Netflix, Shaun of the Dead is one of the greatest films ever made period, and the 2004 Dawn of the Dead remake holds the dubious distinction of being the only Zack Snyder movie I actually liked, imperfect as it was. On the other hand, The Walking Dead hasn’t been interesting since, oh, season one (I haven’t attempted a watch since Negan killed the cameraman from the James Bond gun barrel sequences) and the vast majority of recent movies bring little to the table that hasn’t already been served a thousand times over. This is a tough environment for Overlord to stand out in – like planting a tree in the middle of a forest where half the other trees are dead and most of the tree enthusiasts have gone to the beach to get legally baked. As far as I can tell, the popularity of zombies is seeing a marked decline after many years of market saturation, and it is perhaps due to premise fatigue that Overlord is failing to garner mainstream recognition.

This is a damn shame, because it’s well worth the watch even if you don’t have the constitution for zombies or the crimson hues they splatter all over the décor. Every character is memorable in their own fashion – developing naturally across clear arcs and serving a narrative purpose even when some of them are called to die. Unlike The Walking Dead, Overlord doesn’t stoop to empty shock-value deaths, instead only administering kills when narratively appropriate. Furthermore, the cinematography is striking and well-executed – at times perfectly picturesque – with some of those long takes that are becoming this decade’s equivalent of the Dutch angle. Finally, the lighting is, you know, pretty good and stuff. The sets were… well lit. By all the lights.

The most impressive aspect of Overlord, however, is in its handling of the zombies themselves. See, there are generally two classes of zombies in fiction – the infection-based, shambling, stupid, “slow” ones iconized by George Romero, and the insta-turning, hyper-agile, wall-climbing, pulse-pounding, limbered-up “fast” ones favoured by major studios for productions like World War Z. The inherent problem with the World War Z class of undead is that despite being supposedly unstoppable eating machines, our heroes are consistently able to outrun or evade them. This leads to a narrative problem native to many science fiction works, which is “If (bad guy) is so powerful, how has (good guy) survived this long?” The answer, invariably, is “Because they were wearing plot armor,” which instantly deadens the impact the bad guys / zombies were supposed to have in the first place and undercuts any tension the story was going for. To use a Left 4 Dead analogy, if your foes are all Tanks, no one should be able to survive the events of the plot.

I never do, anyway.

Though Overlord utilizes the less conventional “fast” zombies, it successfully avoids the aforementioned trope by using them sparingly and appropriately. We don’t even see one until about the midpoint, in a reveal where our heroes are barely able to dispatch just one ludicrously O.P. zombie. This scene sets the stakes for the finale and establishes what kind of threat is in store not solely for our characters, but for all the world should Hitler triumph. Once the film establishes that facing more than one reanimated abomination at a time would be no contest, our heroes’ mission expands to include destroying the lab and its serum before the zombies can be properly unleashed. Spoiler Alert the Second – they never are. There are no poorly-rendered undead hordes rolling over one another in a blood-addled frenzy like a tidal wave of rotting flesh, nor does the final act devolve into a showdown in which our heroes barricade themselves in a shed and eliminate their mindless assailants one headshot at a time like, well, Call of Duty zombies. The finale is suitably grounded and as modest and intimate as the French village in which the story is set, which is a refreshing change of pace from the global stage occupied by most other zombie movies.

There is a famous Oscar Wilde epigram that reads “Everything in moderation, including moderation.” I like to think that Mr. Wilde would have enjoyed Overlord… I’m not sure why I think that, but I stand by my statement. Anyway, it’s impressive that the very promise of the premise is treated with deliberate restraint in favour of character development, especially since Overlord could have easily opted for the Zombieland ending for wider appeal. It’s like if Michael Bay directed a film about a nuclear bomb squad who successfully defuse every nuke and then go home and have a nap on the couch. While such a film wouldn’t exactly break box office records, it would represent artistic maturity and consideration for substance over spectacle. Unfortunately, this film will never get made, because so long as Joe and Jane Moviegoer continue to clamour for garbage like Venom, films like Overlord may as well be called Overlooked. It’s time to wake up, people, put aside your comic books of mass destruction, and learn to appreciate some culture!

…Zombies can be cultured, dammit. 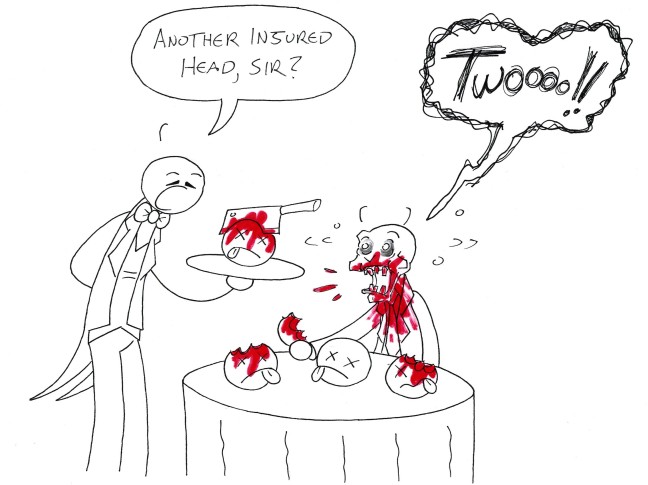 Overlord is more than just a quality installment in a genre that’s grown increasingly stale over the past few years – it’s a solid character-centric, artistically-directed story that just happens to have zombies in it. It may not be Shaun of the Dead (to be fair, few films that aren’t Shaun of the Dead can claim to be Shaun of the Dead) but it’s still one of the finest zombie films ever made. So I guess this piece would be more accurate if it were titled “Zombie Cinema at its (Almost) Finest”… but you and I both know that doesn’t have the same ring to it.

To close, Overlord is a war-centric story that did not necessarily need to be told in this cinematic climate, but is elevated by memorable characters with clear arcs and an intentional avoidance of fan service and cheap thrills, making it a superior alternative to Rogue One: A Star Wars Story.

One thought on “Overlord: Zombie Cinema at its Finest”