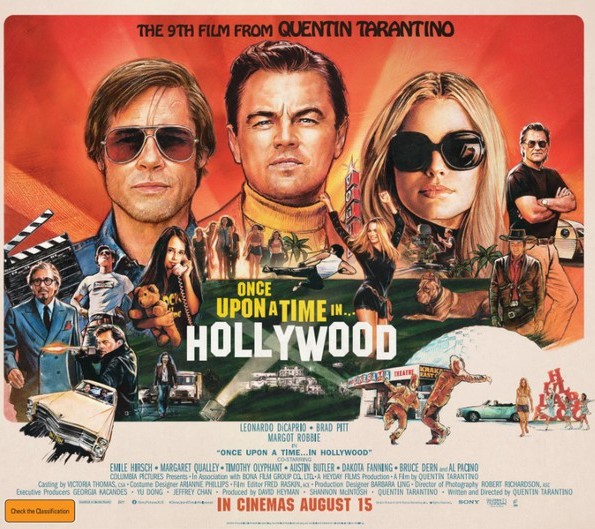 When I first heard that Quentin Tarantino’s ninth motion picture would take place in Hollywood during the late 1960’s and feature characters with names like Roman Polanski and Charles Manson, I admittedly had some misgivings. Setting aside my love for Tarantino’s filmography as well as my undying zeal for gratuitous violence, I just wasn’t sure I was ready to watch Sharon Tate get murdered by a cult of psychotic, LSD-addled hippies. Even if I were up for that from a purely biographical standpoint, I had doubts that Tarantino would approach such a tragedy with restraint or decorum, given that his prop sheet to date has been topped by the line item ‘Literally all the fake blood and maybe some real blood too if you happen to have some on hand.’

As it turns out, I should have given dear ol’ Tarantino the benefit of the doubt. This is, after all, the man who rewrote World War II so that Hitler got gunned down by Tommy Gun-toting Jews in a French theater in 1944.