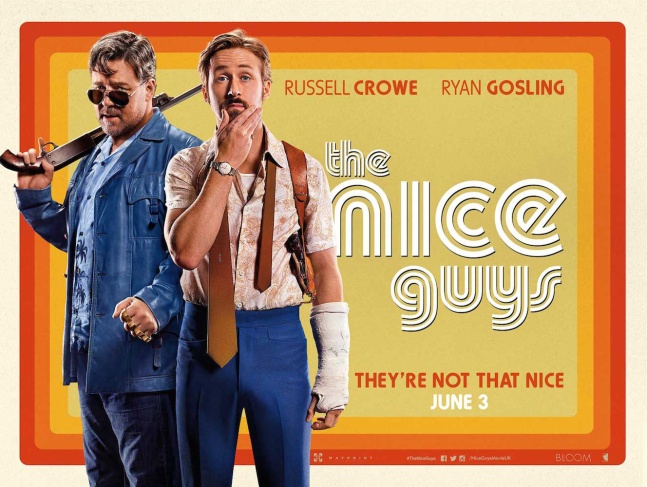 Strictly speaking, this list kick-started this entire venture. I had written it on a Sunday afternoon in January of 2017 in a fit of boredom and posted it to Facebook on a whim — the positive reaction from my peers inspired me to take a dip into the sacred waters of scholarly thought and emerge as the SnootyFilmCritic, ready to take on the film industry with naught but my laptop and an intense disdain for stupidity. I post it here affectionately as the post that started it all.

I recall 2016 being a tedious year for films. 2015 satisfied my palate with the likes of Mad Max, Sicario, It Follows, Ex Machina, Kingsmen, Inside Out, and the criminally underrated Krampus, among others, but alas, the barren, arid entertainment wasteland that was 2016 forced me to scour every Indie nook and film fest cranny for something actually good to occupy all ten slots on my annual roster.

10) Captain America: Civil War. I typically try to refrain from listing Marvel films on any of my lists, but navigating 2016’s cinematic milieu was like trying to spot minuscule diamonds in a sea of dog turds. Though inarguably entertaining, lighthearted, and replete with colourful, likable characters who have an emotional range beyond brooding (I’m looking at you, DC), Marvel’s recent stagings are largely formulaic and suffer nigh-identical pitfalls (lackluster villain-of-the-week, underwritten female love interest, etc. etc.). Still, it was a fun ride and it didn’t offend terribly as with other similar films, even though I agree with a dear friend of mine when she noted: “They could have just sat down and talked it out and the movie would have been five minutes long.” Still…     7/10

9) Don’t Think Twice. This obscure little gem premiered at the South by Southwest film fest and follows a struggling improv troupe in NYC as they strive against all reason to make it big in the pro-comic biz. Though incorrectly marketed as a comedy, Don’t Think Twice is a quaint little drama that highlights the cost of pursuing one’s dreams and passions. Like CapAm3, this likely would not have made my list in a year with more to offer, but I still give it props for effectively telling a human story with heart.     7/10 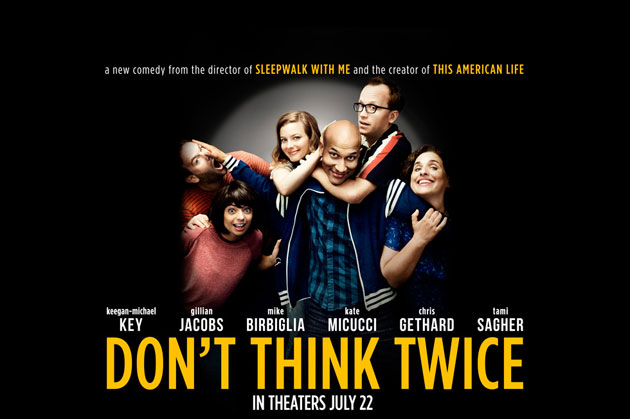 8) The Accountant. Why all the hate, Hollywood? At this juncture, Affleck’s triumphs far outweigh his blunders (I hereby present Exhibits 1-3 with The Town, Argo, and Gone Girl, all relatively recent top notch films), and the 51% on Rotten Tomatoes is baffling and frankly undeserved. Granted, it’s not devoid of flaws (I cite mild pacing issues and some logical leaps – but then, let he who is without CinemaSin cast the first stone), but ultimately it presents a fresh take on what could have been a tired rehash of thriller/action tropes. Also, it co-stars Anna Kendrick, or as she is referred to in my house, The Future Mrs. Hilton.     7/10.

7) La La Land. This musical comedy was very, very good — not amazing, not the romantic excursion of the millennium — but just quite good. What prevented me from falling completely in love with was its overarching theme getting slightly lost amidst the energetic musical numbers, whimsical set-pieces, and vibrant colour palette. Was this a character film about two lovers who get everything they want at the expense of each other? Or was it an aspirational film about pursuing the glitz and glamour of stardom? Its thesis is slightly nebulous, but the end result is still wonderful to behold.     7/10

6) Deadpool. Unlike CapAm3, Deadpool earned its slot on my prestigious list. Irreverent, genre-defying, farcical, and practically touching in places, Ryan Reynold’s long-germinating passion project not only survived the embers of Development Hell but emerged a critical and commercial megahit despite Fox’s persistent efforts to crush it. Based on comic books I’ve admittedly never read, it was a welcome breath of fresh air in a genre that has rapidly begun to go stale.     8/10

5) Arrival. I had missed this during its theatrical run because my hometown’s Theatrical Symposium for Degenerate Fancies decided to play Suicide Squad for seventeen straight weeks, but when I finally tracked it down on the Almighty Internets I was delighted with the result. Based on a short story, Arrival somehow makes a tale about Amy Adams attempting to penetrate the language barrier with extra-terrestrials engaging, emotional, and ultimately tragic, blending elements of Contact and Close Encounters for a unique, unconventional, character-focused story of discovery.     8/10

4) 10 Cloverfield Lane. I knew nothing about this film before I tuned in last January. Now I know never to accept unsolicited aid from John Goodman. A superb thriller with a tensely claustrophobic atmosphere accentuated by its restricted location, 10 Cloverfield Lane gripped me from start to finish. The denouement has been the recipient of mild critical backlash, and while I understand the reasons for the derision I still tout this film as a cinematic success.     8/10

3) Hell or High Water. Another dear friend opened my eyes to this neo-western heist/thriller and I’m a slightly less embittered film scholar for it. Reminiscent of The Town and No Country with just a hint of True Detective in its mise en scène, Hell or High Water’s elegantly complex narrative nearly romanticizes criminality for the good of family but never pretends its sibling protagonists are anything less than deranged felons. Incidentally, Jeff Bridges is the quintessential surly old man — the one I hope to be one day.     8/10.

2) Captain Fantastic. One of my familial relations directed my focus to what may have been my number 1 pick for the year had it not been for Shane Black’s buddy-cop film. Viggo Mortensen raises his brood off the grid according to his own self-styled, anti-Capitalistic educational customs. It evoked memories of my own homeschool upbringing, though I don’t recall my mother ever making me slaughter a deer as part of my curriculum (which certainly isn’t to say it never happened…). Simply excellent.     8/10 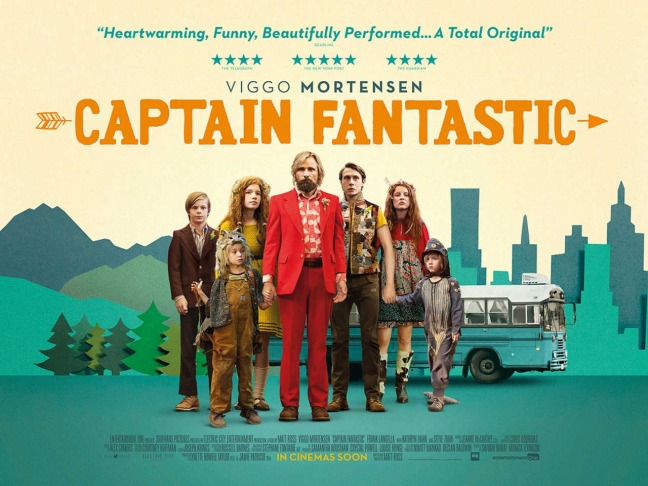 1) The Nice Guys. I’m an avid fan of Shane Black’s comedic rhythm, directorial flare, and sharp dialogue, having loved his previous crime-comedy-caper Kiss Kiss Bang Bang and even appreciated the polarizing Iron Man 3. Ryan Gosling and Russell Crowe bring hysterical chemistry to this 70’s-era buddy film and may represent my favorite silver-screen duo since Robert Downey Jr. and Jude Law portrayed Sherlock Holmes and John Watson. The Nice Guys was an excellent, tightly-woven film that ranks number one in my playbook, even if I can’t quite pinpoint what it was about.     9/10

EDIT: Silence, also known as Martin Scorsese’s apology to the Vatican for The Last Temptation of Christ, wowed me. Had I actually seen it when I first wrote this list it would have bumped CapAm3 and left me slightly less embittered toward 2016.     8/10

The “A for Effort Award” goes to Hail, Ceasar! I usually love the Coen Brothers, but as with Burn After Reading, I think it would have been better if they made just one cohesive movie, not five conflicting ones.     6/10

Star Wars: Rogue One. Sigh. Someday I’ll have the energy to sit down and explain why this movie was shite. But probably like 5/10.

My father, brother, and I went to see Passengers together. It took us three minutes to realize we were not the intended demographic.     3/10

The “DC Should Just Give Up Award” goes to Suicide Squad, which was like watching a dumpster fire. It has Margot Robbie’s singular dazzling performance as Harley Quinn to thank for its abysmal 1.5/10.

Films I refused to bother with: Batman v Superman: The Punchening, Ghostbusters: The Re-Sequel-Boot, and X-Men Apocalypse: Retcon Wars.     N/A

The “Best Comedy of the Year Award” goes to Independence Day 2, which I’m convinced was produced as some sort of joke.     -1/10